Pearl of the West Lodge No. 146 was charted on January 19, 1922 to meet in New Port Richey, Florida.  In 1922 when Pearl of the West Lodge No. 146 was charted, New Port Richey was in its infancy and as a result, early meetings were held on the second floor of the Snell Building, pictured below.  The Snell Building was situated on Main Street in downtown New Port Richey and it was also the location of the Avery Public Library.  In addition to Masonic meetings, the second floor of the Snell Building was also used to hold regular church services for the Community Congregational Church of New Port Richey.  At the time of Pearl of the West’s charter the three Line Officers representing the Lodge were:
Charles A. Tansill– Worshipful Master (W.M.) (From Manila, P.I.)
John Gay Snell– Senior Warden (S.W.)
Mead Wood– Junior Warden (J.W.) In addition, recorded were the chartering Grand Lodge Officers: Charles Henry Ketchum– Grand Master (G.M.)
Lamar G. Carter– Deputy Grand Master (D.G.M.)
John Lloyd Hall– Senior Grand Warden (S.G.W.)
T.T. Todd– Junior Grand Warden (J.G.W.)
W.P. Webster– Grand Secretary (G.S.)

As the small town of New Port Richey grew into a young city the Snell Building was eventually torn down as many of the old style wood frame buildings were being replaced by the better red brick.  As a result sometime around 1925 Pearl of the West Lodge No. 146 moved to another building situated in downtown.  Their new meeting location was in the Morey-Bowman Building situated at the corner of Grand Boulevard and Missouri Avenue and named for the developers of the project.  Like the Snell Building the Morey-Bowman Building, pictured below, was a two-story design. However, the upper floor of the was designed for use as a Masonic Temple and at the time was one of the most modern halls in the state.  Not only was this new hall used by Pearl of the West Lodge No. 146 but it was also rented to Order of the Eastern Star, Knights of Pythias, and the Pythian Sister Lodge as long as meetings didn’t conflict with the Masonic meetings. 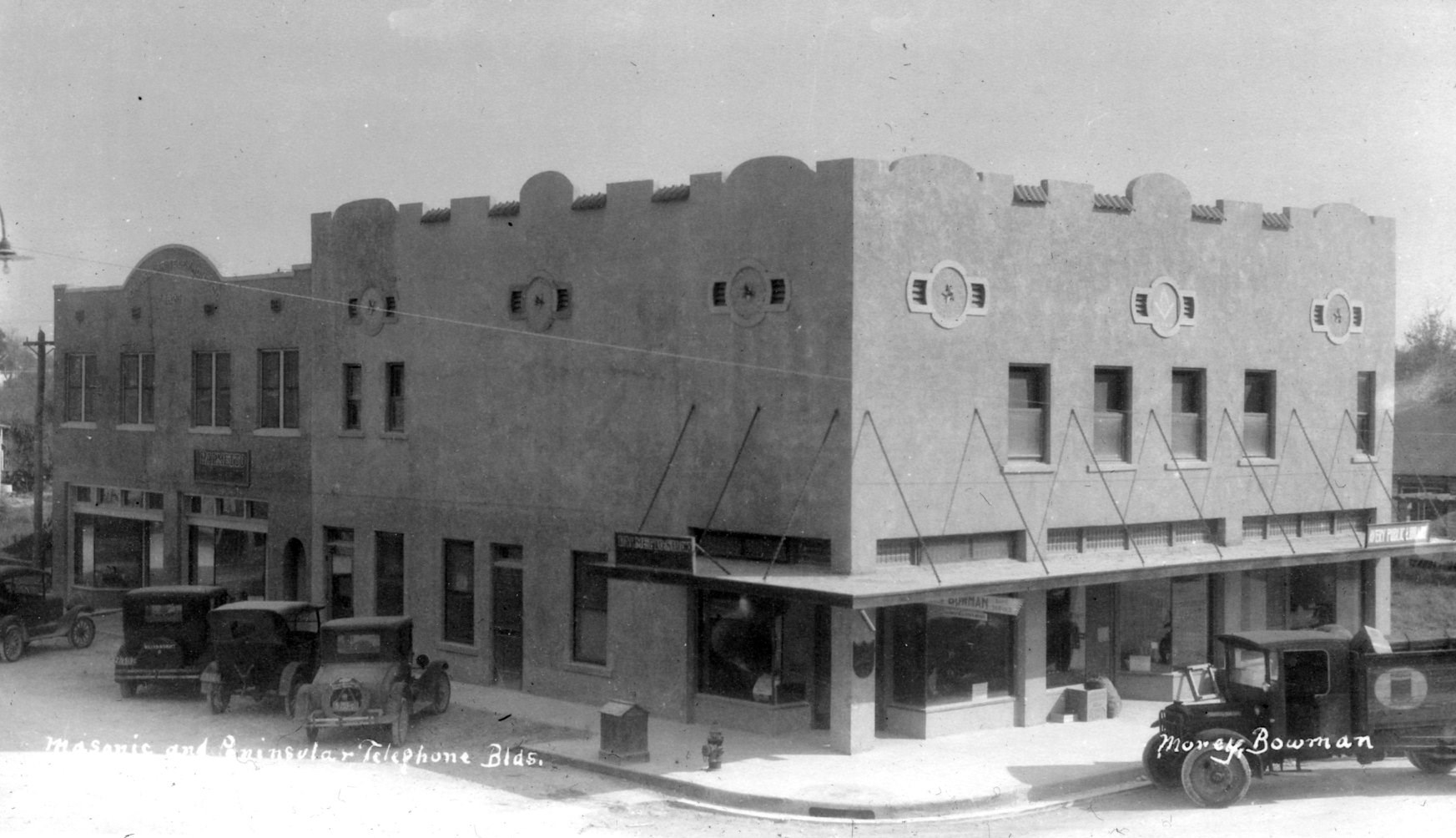